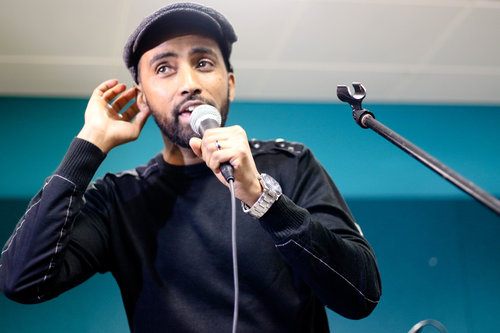 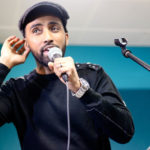 MINNEAPOLIS, MN:  A consortium of Minnesota-based performing arts presenters and universities led by The Cedar Cultural Center in Minneapolis announced today the cancellation of a month-long residency featuring a Somali musician and his band due to visa delays. London-based Somali artist Aar Maanta and his band The Urban Nomads were to be hosted by The Cedar and Augsburg University in Minneapolis; Minnesota State University, Mankato Department of Music Performance Series in Mankato; and Paramount Center for the Arts and St. Cloud State University in St. Cloud as part of Midnimo (the Somali word for “unity”), a program launched in 2014 that presents the world’s leading Somali artists in residencies and events that increase understanding of Somali culture through music.

As of October 4, Aar Maanta, the band’s leader and the only Somali and Muslim in the band, has yet to receive his visa, even though the group was scheduled to begin their residency in Mankato this week. While the Consulate granted visas to the other four band members, Aar Maanta was the only member placed under “Additional Administrative Processing.”

“I was shocked to be singled out and discriminated against by the Consulate. It is heartbreaking to know that systematic discriminatory rules like the ‘Muslim ban’ put into practice in this day and age are affecting not only me but people in far more vulnerable situations,” said Aar Maanta. “It’s extremely disappointing for my band and me to lose weeks of work that we have been meticulously planning for months.”

The Cedar has hosted Aar Maanta twice before with great success. His first residency in 2012 was groundbreaking for the Minneapolis artistic and Somali communities, many of whom were connecting with live Somali music for the first time in decades, or in their lives. Aar Maanta led a songwriting and poetry workshop for youth and gave a public performance at The Cedar that drew over 250 Somali and non-Somali audience members. The residency’s success laid the groundwork for the Midnimo program, which has flourished since its launch in 2014. Aar Maanta’s second residency in 2015 lasted two weeks and included workshops with youth, classroom visits, and pop-up concerts throughout the community. The sold-out finale performance drew a diverse audience of over 700 people, where people of all ages and cultures danced side by side.

Cedar Program Manager Fadumo Ibrahim oversees the visa process for all Midnimo artists. While The Cedar has previously faced visa challenges bringing Somali artists to Minnesota, Ibrahim noted that securing visas has become increasingly difficult over the past year since the travel bans have been put into effect. Aar Maanta’s visa delay was especially surprising given his work with The Cedar in the past.

“This case is a concrete example of how travel restrictions and the travel ban limit artistic voices and freedom,” says Ibrahim. “While it’s obviously important for the artists, it’s equally important for the community who had been anticipating this residency. Aar Maanta’s visit to Minnesota would have brought hope and positivity to the Somali and larger communities here at a time when we all really need it.”

In 2016, the Midnimo program expanded to Mankato and St. Cloud, areas where the Somali population has grown quickly, prompting an increasing need to build cultural understanding. The 2017 residency would have been the first time Aar Maanta visited Greater Minnesota. For many, the residency was highly anticipated as an opportunity to build unity while giving Somali and non-Somali audiences a chance to engage with each other through performances and educational opportunities alongside one of the most famous artists in the Somali diaspora.

Dr. Jameel Haque, a Faculty Member at Minnesota State University, Mankato had planned to host the group in his History of Judaism, Christianity and Islam class. He and the students spent two weeks researching, discussing, and preparing for Aar Maanta’s visit. Dr. Haque said, “The lost opportunity to attend the events scheduled for this week, community events which provide a rare and desperately needed space for cross-cultural interaction in rural Minnesota, is a loss that will have deep consequences for the future of my students and my community. At the heart of it, the students and community members do not even understand why he isn’t coming…nor do I.”