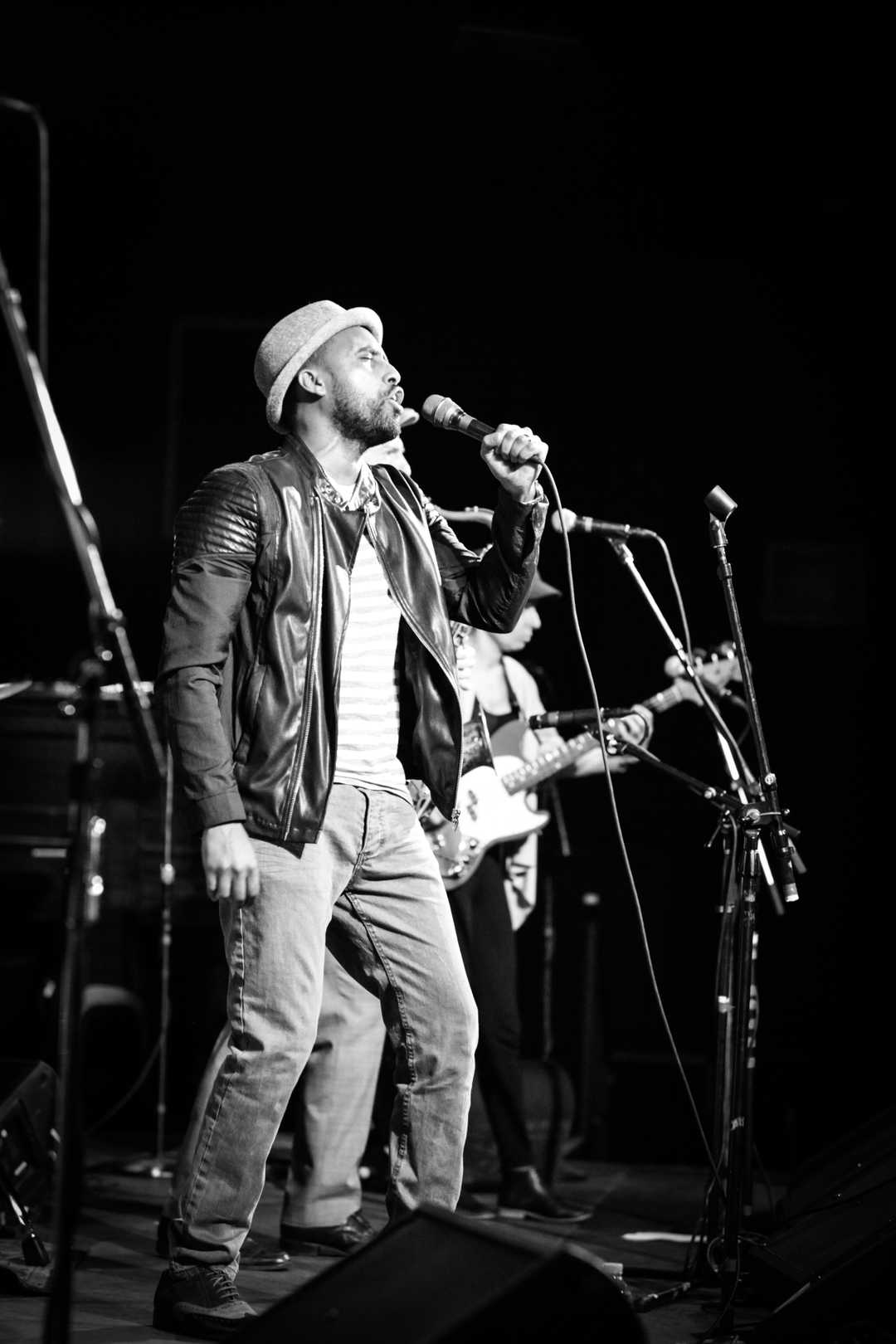 After struggling against the U.S. visa system, this Somali pop star is St. Cloud bound 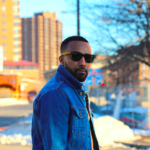 ST. CLOUD — Nearly one year to the day after he was originally scheduled to take the stage, Aar Maanta will perform at the Paramount Center for the Arts on Oct. 13.

It’s the final stop on his residency in Minnesota, bringing to a close a story well over a year in the making.

Aar Maanta is a prominent Somali-Muslim musician who has lived and worked in London since the late 1980s, writing and singing Somali music rich with influences from reggae, rock, hip-hop and house music in addition to traditional Arabic and Indian sounds.

He leads one of the only active, touring bands in the world that plays live Somali music. Aar Maanta’s song “Go’doomey” became the first Somali-language song on the popular music video platform Vevo in 2014, five years after the platform’s launch.

Aar Maanta has visited Minnesota several times via a residency program facilitated by the Midnimo Project at The Cedar Cultural Center in Minneapolis. The project strives to bring Somali musicians to Minnesota in an effort to reduce Islamophobia and increase empathy through music, a mission close to Maanta’s heart.

Aar Maanta was scheduled to perform in St. Cloud last October with his band, The Urban Nomads.

At that time, all members of the band had received an approved visa — except Maanta.

In addition to his concert at the Paramount, Aar Maanta will also perform at the College of St. Benedict on Oct. 11, and make visits to classes there as well as St. Cloud State University, St. John’s University, St. Cloud Technical and Community College, and South Junior High.

The Times asked Aar Maanta to reflect on his troubling visa delay, the warm reception he’s received in the Land of 10,000 Lakes and what it means to spread his message of unity and positivity to the Midwest:

TIMES: In your own words, how would you describe your musical style?

Aar Maanta in performance with his band, The Urban Nomads. Photo By – Corrine Bernstein

Aar MAANTA: Lyrically, my songs are in Somali. Like most other Somali singers, I follow strict, traditional poetic styles that have been in the Somali tradition for generations. … Some of the issues that I address through my music includes issues that affect me, my family or my people: migrations, identity, and reconciliation. But musically, my sound is a mixture of many Western influences, thanks to my multi-ethnic band.

I like to think of music as a medium to channel my message and ideas. Most musicians have stories to tell, with history and background probably from their real life experiences. By touring and performing live music, you’re delivering messages that can play an important part in helping to understand a world that’s full of misunderstandings.

Your home town of London and Minneapolis are both major metro areas. Do you find their music scenes to be different, or similar?

Despite Minneapolis being a smaller city than London, I find it to be more musically active. I don’t know if that’s because we’re here only for musical purposes and we tend to cross paths with other musicians, but I find Minnesotans to be musically more active and creatively enthusiastic than Londoners. People here are always inviting us to jam with them, which is very encouraging.

Tell us a little bit about your residency process thus far. How have you been finding the experience?

It has been amazing thus far. I kicked off my residency with a talk and performance at this year’s Nobel Peace Prize Forum in Minneapolis. I discussed my anti-human trafficking work and sang about secondary migration issues.

My band and I then kicked off the Cedar’s Global Roots Festival. Then we moved to Mankato, where we spent a week socially and musically engaging with that community.

My experience (with the Midnimo Project) has been rewarding personally and professionally. Professionally, I developed so much experience by working with so many diverse people in such a short time. Personally, I gained so much confidence in my ability to perform and conduct my work. My band and I had our first sold-out concert outside of the U.K. … The finale concert at the Cedar (in April 2015) was a result of all the workshops, collaborative rehearsals and small community performances that preceded it. The audience that night was one of the most diverse audiences that I ever performed for.

As part of your time here, you’ve taught singing and songwriting to schoolchildren. What was that experience like?

That has been that most rewarding part of our residency, sharing the differences between Somali and English song writing styles. … One incident stood out for me. In one of our sessions, a student at the front looked disengaged and uninterested, but after the session ended he came to me and asked if he could show me some of his lyrics. He opened a little, worn-out green notebook he had in his hand. … I was blown away by the book’s lyrical content. He said his inspirations were Tupac and Nas, and he wanted to be a hip-hop artist!

Is that the interaction or experience you’ve found most moving as you’ve performed throughout Minnesota?

There were many positive incidents, but (another) striking incident does stand out for me. In one of the schools in Mankato, one of the students came to me after our session. In a really mature, concerned way, she said, “Thank you for coming. We needed something like this, there’s division in our school.”

Later that afternoon we took a selfie with a large group of the students, and two boys at the back threw the white power sign. When I got to my hotel that evening and saw the photo on my phone, I understood that student’s concern.

Speaking of division: Do you feel that the delay in your visa last year was politically, religiously or racially motivated?

Of course! I’m the only member of my band who’s Muslim and Somali. We all have European citizenships, but I was singled out!

What was your reaction to that delay?

Frustration and disappointment, after so much work and preparation for our residency. … It means a lot that after all those frustrations and disappointments, we were finally able to come (now) and do the work that we had prepared and planned so much for.

Now that you’re back in Minnesota and sharing your music, is it important to you to spread a message of positivity and hope to the Somali community through your presence and your music?

Despite the challenges, Somalis thrive academically and economically wherever they are. A few negative incidents shouldn’t be highlighted. Instead we should be celebrating and engaging with those who are thriving in their wider communities politically and socially.

The Midnimo program is named after the Somali word for “unity.” What, in your opinion, can be done to bring more unity to a community like St. Cloud’s, which contains large populations of both immigrant Americans and non-immigrant Americans?

Programs like Midnimo give opportunities to unique bands, like mine, who wouldn’t otherwise have the chance to share their experiences from west Europe to mid-western America. Social events like music and sports can help to create environments that can unite people of different backgrounds.

My band consists of a French guitarist, an Italian bass player, an India-born drummer and a South Africa-born keyboardist and saxophonist. … My point is, you don’t have to be the same faith or ethnicity to unite, as long as you have a common interest.

Aar Maanta will share music and stories from his experiences as a Somali refugee at 4:30 p.m. on Oct. 11 at O’Connell’s in the Haehn Academic Center of the College of St. Benedict, 30138-30162 College Ave S., St Joseph. The event is free and open to the public.

Aar Maanta and The Urban Nomads will perform at 7:30 p.m. on Oct. 13 at the Paramount Center for the Arts, 913 W. St. Germain Street. General admission tickets are $10 for adults, with free admission for children and students/school staff with a current school ID.

Tickets are available at the Paramount box office, online at www.paramountarts.org, or by calling: (320) 259-5463.