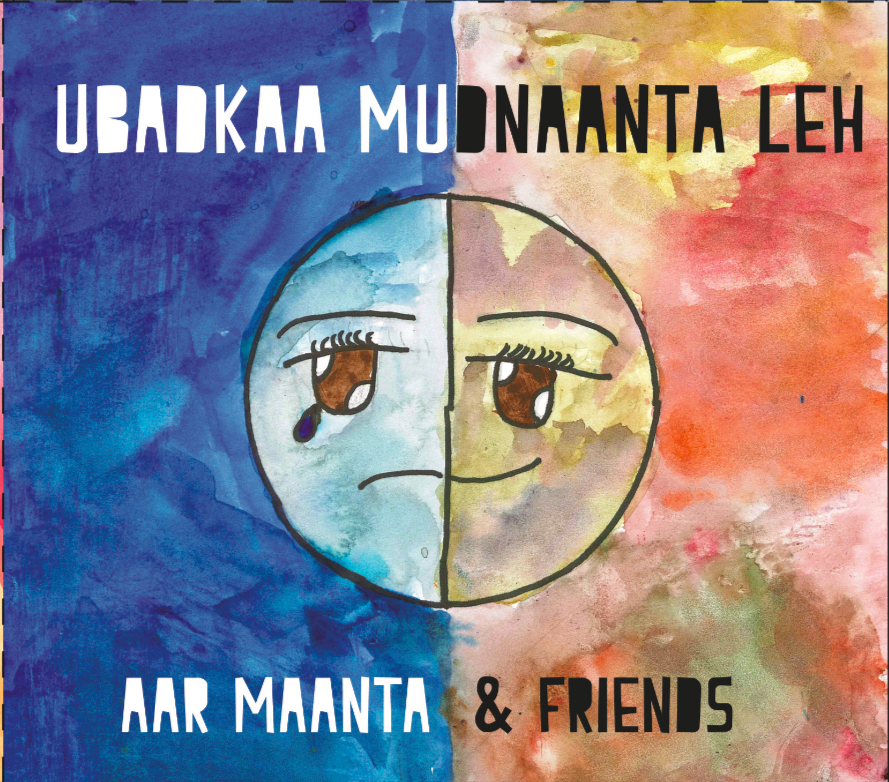 “The children are the priority,” sings Aar Maanta, “In the three folds of time; As yesterday, today and tomorrow; Being tomorrow’s expectations of hope; Today’s guests waiting for us; The joy that filled our eyes.” Combining Somali traditional poetic storytelling with modern styles, Aar Maanta and emerging performers portray how youth in tough situations ranging from forced migration to inner city tension find peace.

After serving as Artist In Residence at The Cedar Cultural Center, Minnesota’s world music venue, Aar Maanta collaborated with his band The Urban Nomads; Minnesota-based producer Greg Grease of Astralblak; sound engineer Medium Zach; Somali playwright, poet, and filmmaker Professor Said Salah; and 20+ youth from the Cedar Riverside neighborhood as well as his

Aar Maanta and the youth who took part had to face not only the Somali community’s long quest for peace in the African Horn, but the Trump Administration’s “Muslim Ban” on travel to the United States, and a tough era for civil rights among youth in Minneapolis where the youth grew up. The album was further delayed by the global pandemic. Now the album can be heard for the first time in 2021.

Ubadkaa Mudnaanta Leh was funded by a Joyce Award from The Joyce Foundation, the only regional program dedicated to supporting artists of color in major Great Lakes cities with the goal of elevating their visibility and recognition in their craft.

“The fact that youth were able to co-write songs and tell their own stories on this particular album was really significant,” says Aar Maanta. You can download Children Have Priority (Ubadkaa Mudnaanta Leh) now on iTunes, Amazon, Spotify and all other digital music stores.