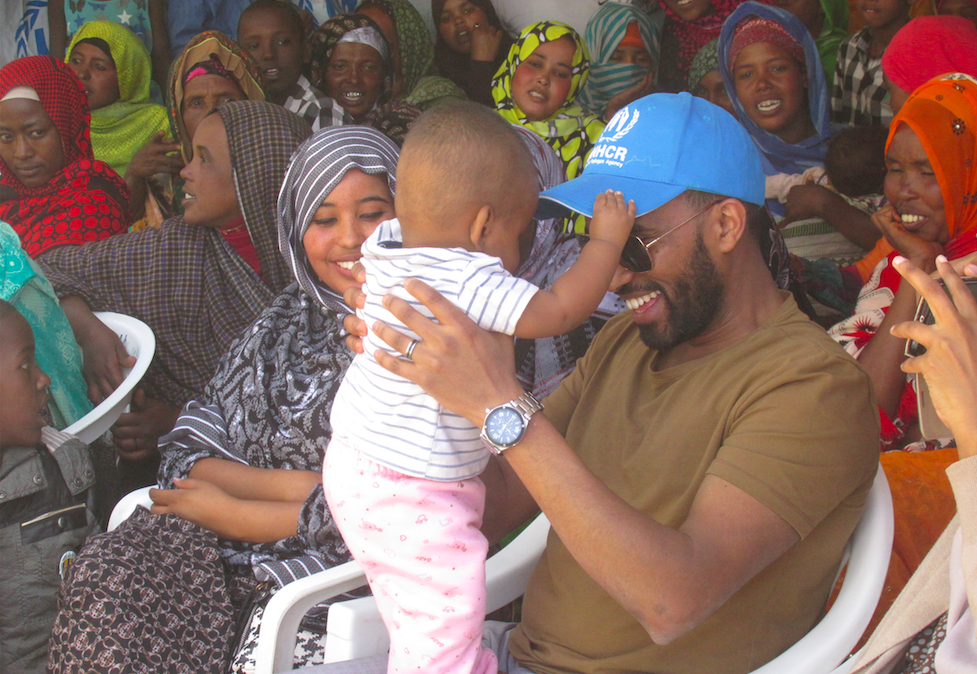 In mid-December, Somali-British singer-songwriter, actor, and music producer Mr Aar Maanta visited the Somali refugee community in the Jijiga operation in southeastern Ethiopia, featuring as the second high profile supporter of the ‘Telling the Real Story’ campaign to raise awareness about the risks of onward movement.

Maanta has been described as the Somali ‘voice of his generation’; with a loud and positive echo from the refugees in all camps, the impact of his visit did not come as a surprise. “I connected very well with the refugees and gave several performances, some of which were spontaneous gigs with refugee bands,” Maanta affirms enthusiastically.

The visit included several activities, mainly music performances and dramas by both Maanta and numerous refugees, supported and facilitated by UNHCR and partners staff on the ground. The four days significantly contributed to deepen the dialogue between refugees about onward movement and human trafficking.

For some refugees the decision to embark on risky journeys is the only way towards a hopeful life. ‘Telling the Real Story’, launched in April 2016 in Ethiopia, aims at comprehensively informing Eritrean and Somali refugees about the dangers and strings attached to a journey to Europe, and the realities the refugees face when moving onwards from their country of asylum.